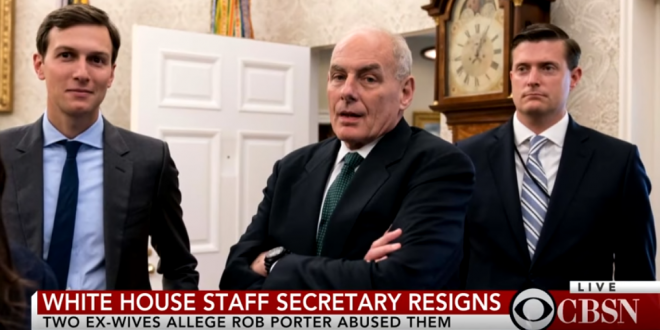 When White House staff secretary Rob Porter announced Wednesday that he would resign following allegations of domestic abuse, the White House was still circulating statements defending Porter. However, despite the White House’s projection of ignorance about the accusations against Porter, several reports reveal that administration officials were aware of the allegations from Porter’s ex wives before the news broke publicly and worked to keep him on staff anyway.

Top aides in the White House were aware that allegations of domestic abuse were holding up Porter’s application for a full security clearance, CNN and Politico reported. Chief of staff John Kelly, who worked closely with Porter, was among the officials who knew about the accusations, per Politico, and some officials were aware of the allegations for months, according to CNN.