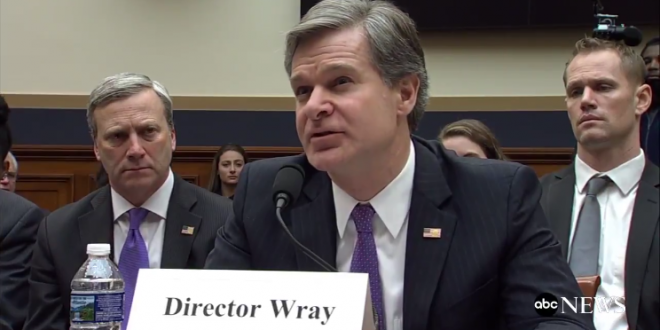 WH Worried FBI Head Will Quit If Memo Is Released

Wray has made clear he is frustrated that President Donald Trump picked him to lead the FBI after he fired FBI Director James Comey in May, yet his advice on the Nunes memo is being disregarded and cast as part of the purported partisan leadership of the FBI, according to a senior law enforcement official.

Wray’s stance is “raising hell,” one source familiar with the matter said. Wray has not directly threatened to resign after clashing with Trump over the possible release of the memo, the source added, because that is not his style of dealing with conflict.