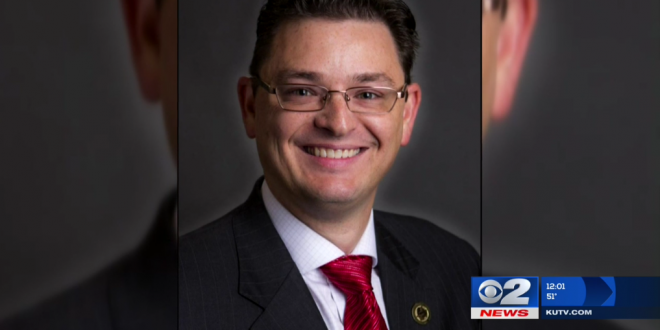 Stanard was elected to the Utah House of Representatives in 2012. He resides in St. George and is married with three children. The 43-year-old former state representative voted in favor of stricter laws on prostitution in March 2017. The penalty for soliciting sex is $2,500 and a Class A misdemeanor because of the passed legislation.

Text messages obtained by DailyMail.com appear to show that Stanard met with the 39-year-old after seeing her advertisement online and looking at her website. The phone number these text messages were sent to match the phone number listed on Stanard’s public profile on the Utah House of Representatives website, the DailyMail reported.

Call girl Brie Taylor alleges Stanard paid her for sex during two business trips to Salt Lake City in 2017. Taylor asserts he paid her $250 for each of the one-hour sessions in June and August — on dates when the Legislature held interim meetings.

Stanard is married and voted for stricter laws against pornography. He also said on his website — which has since been deleted — “I am a strong advocate for conservative family values. I am pro life, as well as for traditional marriage.”

Stanard resigned Tuesday evening, and his resignation was announced to the House on Wednesday after a closed-door House Republican caucus. No explanations were given. Stanard on Wednesday said in a text to The Associated Press that he hoped to spend more time with his father, who is suffering from cancer.

Utah GOP Rep. Jon Stanard, husband and dad of 3, who voted for tougher penalties for prostitution, just resigned amid allegations he used TAXPAYER MONEY to pay for hotel rooms TO SCREW A HOOKER.

F*CK YOU. RT this. pic.twitter.com/auxoxmaqAL