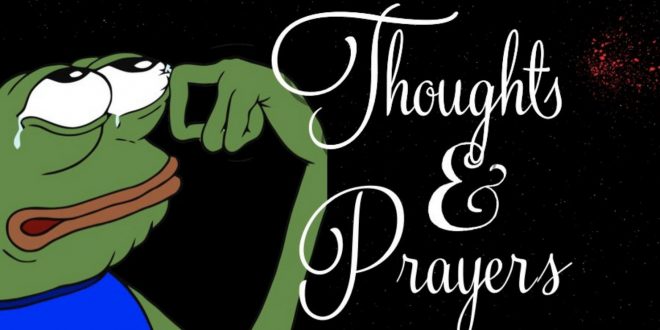 Twitter suspended thousands of accounts overnight and conservatives on the platform aren’t happy about it. Twitter has yet to make a public statement about the issue, but right-wing users believe that they’re being targeted in a mass purge of suspected Russian bot accounts.

Conservative Twitter has even started a hashtag called #TwitterLockOut to talk about the purge, with some claiming that real people (as opposed to bots) were locked out of their accounts. Gizmodo has so far been unable to confirm that any real people have had their accounts mistakenly suspended.

I’ve lost close to 1,000 followers offer the past few hours.

Looks like thousands of Twitter users committed the thought crime of tweeting about “God,” “the American flag,” and “guns,” and were taken off the platform. Our undercover reporting into Twitter showed those terms indicate to engineers you are “for sure a bot.” #TwitterLockOut pic.twitter.com/hI88iUEcCD

If you’re angry about the #TwitterLockOut, then

Make a plan to vote & elect Republicans up and down the ballot. #WednesdayWisdom

That twitter attack on conservatives hit me too last night. I was deemed “ineligible” to use twitter ads and had followers purged. @twitter should ashamed, we have to organize a response. #TwitterLockOut pic.twitter.com/1Df4jY3Vv6

If, like me, you didn’t lose ANY followers, that means the Russian bots didn’t care about you. https://t.co/byVT0A6gWh

Wow, @Twitter #fascists have literally purged thousands of my followers in a single day. Leftism can’t abide dissent or open debate. It can only survive through censorship & tyranny #twitterlockdown #twitterpolice

Everybody threatening to sue Twitter over #TwitterLockOut should probably also sue the Jedi for all the bots they took down in Episode I.#BotsAndPrayers

My thoughts & prayers are with all those affected by the #TwitterLockout. pic.twitter.com/pzuiAbJmlt