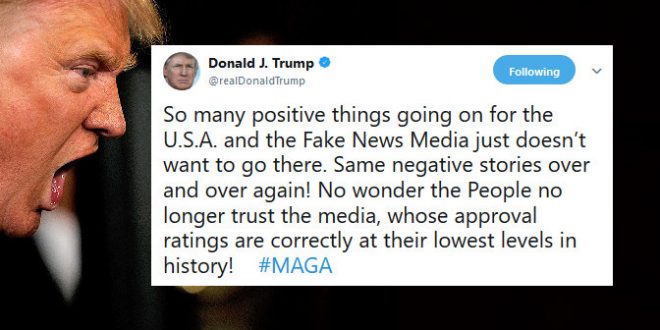 President Trump ripped the news media on Sunday, saying the press does not want to cover positive stories. The tweet comes as the White House is facing major backlash for its handling of domestic abuse allegations against former staff secretary Rob Porter. Porter resigned last week, but chief of staff John Kelly reportedly knew for months that Porter had not obtained a full security clearance due to the allegations from two of his ex-wives.

So many positive things going on for the U.S.A. and the Fake News Media just doesn’t want to go there. Same negative stories over and over again! No wonder the People no longer trust the media, whose approval ratings are correctly at their lowest levels in history! #MAGA