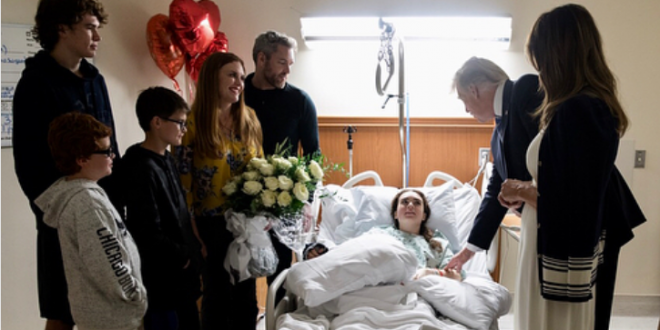 President Donald Trump’s re-election campaign used a photo of a survivor of the Parkland, Florida, shooting in an email Saturday that asks its recipients to donate money to the campaign.

The email contains a photo of 17-year-old Madeleine Wilford in a hospital bed surrounded by her family, Trump and the first lady. The President visited Wilford on February 16, two days after the attack at Marjory Stoneman Douglas High School, which left 17 dead.

The campaign did not immediately return CNN’s request for comment. Emails and calls to Wilford’s family were not returned. Trump previously used the photo in an Instagram post uploaded on the same day as the hospital visit.