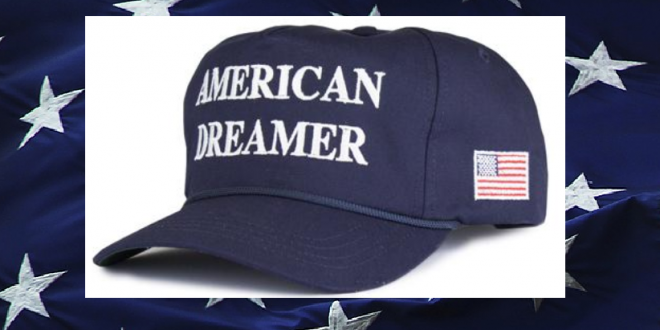 The Trump campaign store is now selling an “American Dreamer” hat for $50, monetizing one of President Trump’s signature lines from his State of the Union speech last month.

During his State of the Union speech last month, Trump defended his administration’s hardline stance on immigration, declaring “Americans are dreamers, too.”

The back of the hat says #MAGA.

Previous Oprah: Only The Voice Of God Would Make Me Run
Next Hope Hicks: I’ve Told “White Lies” For Donald Trump