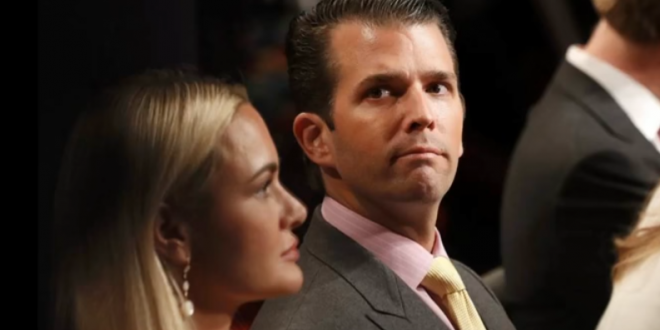 The US president’s daughter-in-law, Vanessa Trump, has been taken to the hospital after opening an envelope containing white powder. The letter was addressed to Donald Trump Jr, Mr Trump’s eldest son, at his apartment in Manhattan.

She and two other people at the scene were decontaminated by firefighters and taken to hospital for evaluation. The Secret Service is investigating, and officials told the BBC that Mrs Trump appears to be in good health.

JUST IN: President Trump's daughter-in-law, Vanessa Trump, taken to hospital as a precaution after she opened an envelope containing an unknown substance that was addressed to the President's son, Donald Trump Jr., at their New York apartment, police say https://t.co/zHRM3Jdwb7 pic.twitter.com/rM9ONEqlIM