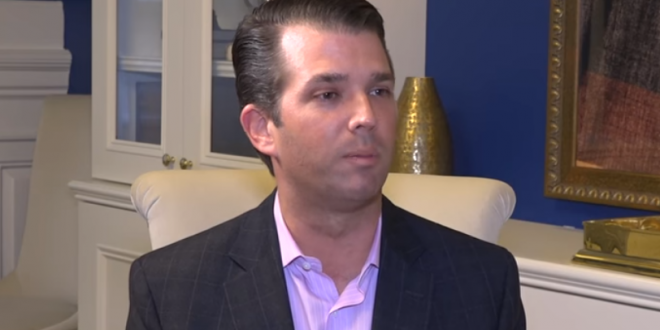 Trump Junior: My Father Can’t Be Racist, Rappers Have Always Wanted Their Photo Taken With Him [VIDEO]

“You know, it’s amazing – all the rappers, all his African-American friends, from Jesse Jackson to Al Sharpton, have pictures with him their whole life. It was only till he got into politics that all of a sudden, ‘Oh he’s the most terrible human being.’ He wasn’t so terrible a couple years ago when you’re at his events. It wasn’t so terrible then when you’re hitting him up for charity dollars and he’s sponsoring things and sponsoring scholarships and doing XYZ for you guys. That wasn’t a problem. But now, all of a sudden, you’re a conservative, so we must take this stance.” – Donald Trump Jr., in a Daily Caller interview with the wife of Supreme Court Justice Clarence Thomas.