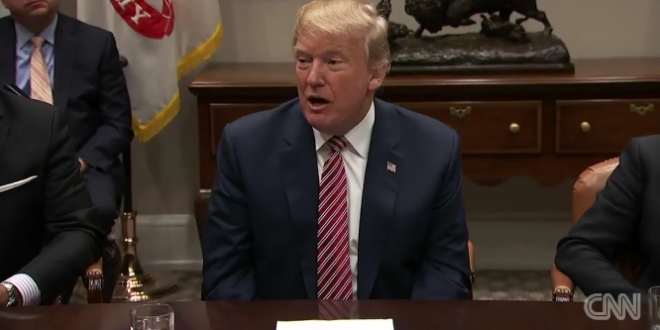 White House Principal Deputy Press Secretary Raj Shah told reporters after Trump’s comments that the proposal hasn’t reached the policy or legislative point yet, but downplayed questions about how the plan would be funded. Asked about the cost of a plan — which could be well into the hundreds of millions of dollars — Shah again repeated that the policy “hasn’t been fleshed out” but added, “Do we really think that that’s too much to pay for school safety?”

President Trump suggests awarding bonuses to trained teachers who carry guns in school: “Frankly, they’d feel more comfortable having the gun anyway. But you give them a little bit of a bonus.” https://t.co/CHYEUL1KCH pic.twitter.com/DpCocy59BT