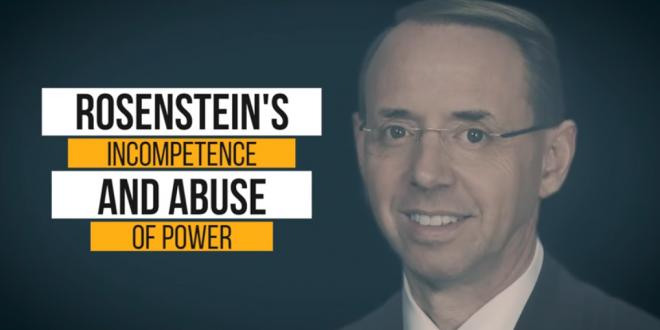 The Tea Party Patriots, a conservative activist group, is launching an advertising campaign calling on Deputy Attorney General Rod Rosenstein to “do his job, or resign.” Why this matters: The campaign is modest — initially a six-figure spend on digital and TV in Washington D.C. — but the attack is a canary in the right-wing coal mine. I expect other conservative groups to follow. Such attacks have outraged many in the Justice Department and the FBI.