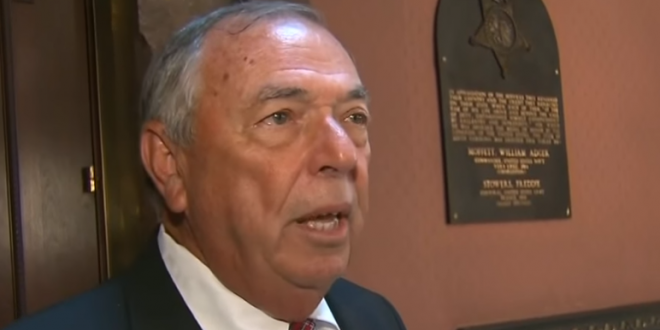 Upstate lawmakers are working to pass a new bill that will probably get people talking. According to the SC Statehouse website, the bill, entitled the “Marriage and Constitution Restoration Act,” was introduced in the House, read for the first time and referred to Committee on Judiciary on February 15, 2018. “‘Parody marriage’ means any form of marriage that does not involve one man and one woman,” read the bill. “‘Marriage’ means a union of one man and one woman.”

Whereas, all forms of parody marriage and all self-asserted sex-based identity narratives and sexual orientations that fail to check out the human design are part of the religion of Secular Humanism; and

Whereas, the State of South Carolina’s decision to respect, endorse, and recognize parody marriages and sexual orientation policies has excessively entangled the government with the religion of Secular Humanism, failed to accomplish its intended purpose, and created an indefensible legal weapon against nonobservers; and

Whereas, in the wake of Obergefell v. Hodges, 135 S. Ct. 2584 (2015), there has not been a land rush on gay marriage, but there has been a land rush on the persecution of nonobservers by Secular Humanists and an effort by Secular Humanists to infiltrate and indoctrinate minors in public schools to their religious world view which is questionably moral, plausible, obscene, and is not secular; and

Whereas, it is unsettled whether or not sexual orientation is immutable or genetic and is therefore a matter of faith; and Whereas, parody marriages have never been a part of American tradition and heritage; and

Whereas, parody marriage policies and sexual orientation statutes are nonsecular and policies that respect, endorse, and recognize a marriage between a man and a woman are secular, accomplishing its intended objective.