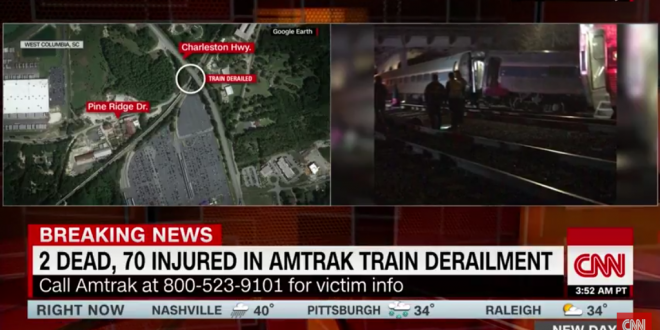 An Amtrak train traveling from New York to Miami collided with a CSX freight train in South Carolina early Sunday morning, causing the lead engine and some passenger cars to derail. The local sheriff’s office confirmed there were at least two people killed and 70 injured among the 139 passengers and 8 crew.

The National Transportation Safety Board, or NTSB, said it was sending a team to the site of the crash. It was the second major Amtrak incident in less than a week. On Wednesday, a train carrying Republican members of Congress to a retreat in West Virginia collided with a garbage truck. One person on the truck was killed.