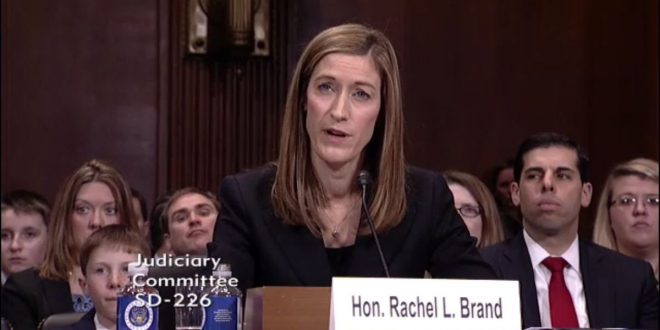 REPORT: Third-Ranking DOJ Official Who Quit Feared She Would Be Asked To Oversee Russia Investigation

The Justice Department’s No. 3 attorney had been unhappy with her job for months before the department announced her departure on Friday, according to multiple sources close to Associate Attorney General Rachel Brand.

Brand grew frustrated by vacancies at the department and feared she would be asked to oversee the Russia investigation, the sources said.

She will be leaving the Justice Department in the coming weeks to take a position with Walmart as the company’s executive vice president of global governance and corporate secretary, a job change that had been in the works for some time, the sources said.

As far back as last fall, Brand had expressed to friends that she felt overwhelmed and unsupported in her job, especially as many key positions under her jurisdiction had still not been filled with permanent, Senate-confirmed officials.