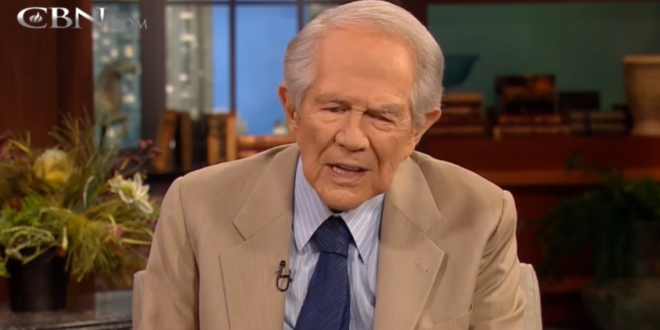 “Ladies and gentlemen, I am a gun owner, I have hunted, I have shot skeet, I have gotten awards when I was in the Marine Corps for shooting. I’ve got no opposition whatsoever to shooting, but for heaven’s sakes, I don’t think that the general population needs to have automatic weapons. It just doesn’t have to have Russian-built or Chinese-built machine guns. It just doesn’t. I mean it’s one thing to defend yourself with a pistol or a shotgun to hunt with but it’s something else to have assault weapons.

“I think we can ban those things without too much trouble. And they have what they call bump-stocks – that you hit it and it goes automatic. I mean, we can stop that. And then there has to be some medical background check. If somebody is seeing a psychiatrist, is on medication, he or she needs to be prohibited from being turned loose on the general population.” – Pat Robertson, quoted today on his own website.