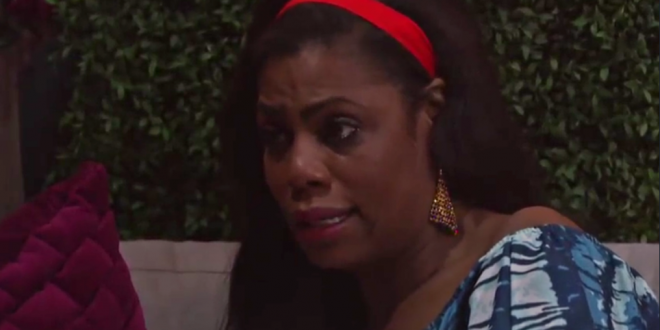 Omarosa Weeps On Celebrity Big Brother, Claims She Was “Haunted Every Day” By Trump’s Tweets [VIDEO]

Former White House aide Omarosa Manigault-Newman said she was “haunted” by President Trump’s tweets during her time in the White House in a new clip from “Celebrity Big Brother.”

In the teaser, posted by the show’s Twitter account, Manigault-Newman, who also starred in the first season of The Apprentice with Trump, breaks down in tears opening up to fellow cast member Ross Matthews about her White House experiences.

“I was haunted by tweets every day,” she said in the clip. “Like, what is he going to tweet next?” She added that she tried to “be that person” that would stop the president from tweeting, but said that she was attacked by colleagues when she tried to intervene.

Previous House Intelligence Committee Republicans To Construct Literal Wall To Democratic Staffers Out Of Their Spaces
Next Pentagon: Trump’s Military Parade Might Not Be In DC