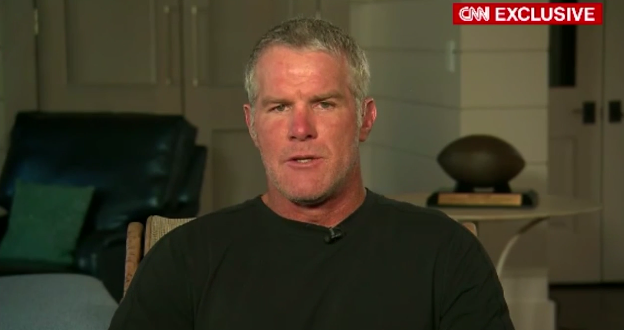 NFL Hall Of Fame Quarterback Brett Favre: The Only Way To Make Football Safer Is Not To Play [VIDEO]

“How do you make the game safer? You don’t play. You know, I mean, is that going to happen? No, I think the NFL is here to stay, obviously. And that being said, I think we, we have started the ball rolling, if you will, in the right direction by instituting a concussion protocol. The size of the players is not going to change. If anything, they’re going to get bigger. They’re going to get faster, they’re going to get stronger. And so the contacts are going to be much more violent. And so concussions will continue to be a serious issue. There’s only so much that helmets can do. So we’ll look at it from a treatment standpoint. And the only other option is not to play.”

Favre has said that he’d rather see his grandsons play golf than football. He has a new documentary on the issue.

“Shocked: A Hidden Factor in the Sports Concussion Crisis” is a short documentary in which Favre serves as both subject and executive producer. In the documentary (trailer below), Favre describes the sensation of his head ringing and bells in his ears when taking such hits, saying “most of those were from my head hitting the turf.” Favre also took several brutal hits in the 2009 NFC title game against the Saints.