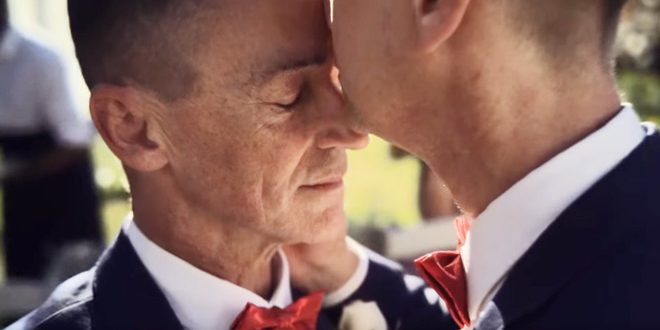 Australia made same-sex marriage legal in December, after more than 61 percent of the country declared in a survey that they were for it. Apple was on the side of the majority, making its feelings clear well before the survey. So its latest iPhone X ad — specifically for the Australian market — celebrates some of the first LGBTQ marriages in that country. Here are moving first dances from those weddings, all shot on Apple’s new phone.

Previous Frothy Doubles-Down On Blaming Mass Shootings On “An Epidemic Of Young Men Being Raised Without Dads”
Next REPORT: Trump Wants To Execute Drug Dealers