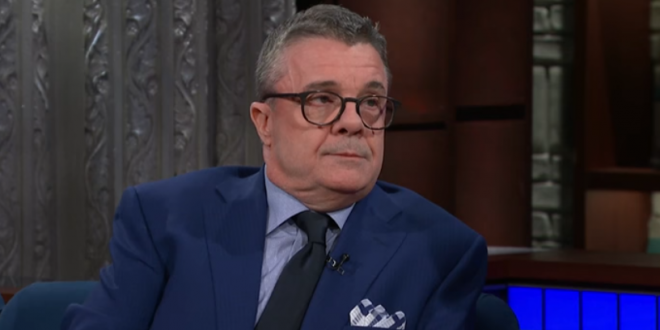 In an interview with “The Late Show,” Lane, who is starring as Roy Cohn in the play “Angels in America,” told host Stephen Colbert that he thinks Trump learned a lot about how he acts today from the attorney, a famous “fixer” who mentored Trump. Cohn died in 1986.

“Really, what you learn [from the play] is what Trump learned from Roy Cohn: There are certain tactics that are very familiar, that Trump picked up from him,” Lane said.

“You know, always go on the attack. The counterattack,” Lane offered as examples. “Hit the accuser ten times harder and deflect. Never admit defeat. And outright lying if all else fails.”