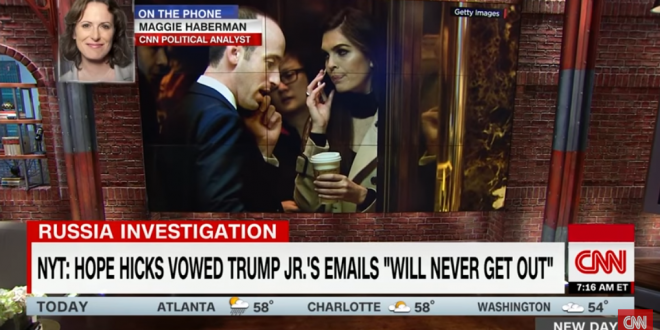 According to The New York Times, Corallo was concerned that Hicks “could be contemplating obstructing justice.” Those emails, written by Trump Jr., appeared to show that his initial explanation for why he took the meeting with Russians was false.

The emails showed that Trump Jr. accepted the meeting after being promised dirt on Hillary Clinton, even though the White House statement said the meeting centered around Russian adoptions.