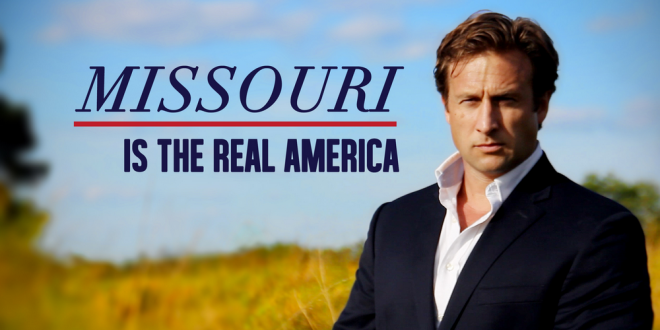 “I want to take this opportunity to recommend for your consideration my friend, Courtland Sykes, a man of vision and principle who will make a real difference in the United States Senate,” Moore said in his endorsement.

“Courtland is a man of impeccable character, courage, and Christian faith. We need men like Courtland Sykes in the Senate of the United States, a leader who will not only say what is right, but also a leader who will do what is right!” Sykes is aiming to unseat Sen. Claire McCaskill (D-Mo.) in the 2018 midterm elections in November.

Sykes made national headlines last month for a Facebook post in which he denounced working women as “career-obsessed banshees.” Previous SURE JAN: Trump Tells GOP Governors He’d Have Run Into Parkland School “Even If I Didn’t Have A Weapon”
Next BOOM: Federal Appeals Court Rules Civil Rights Act Of 1964 Applies To Anti-Gay Workplace Discrimination