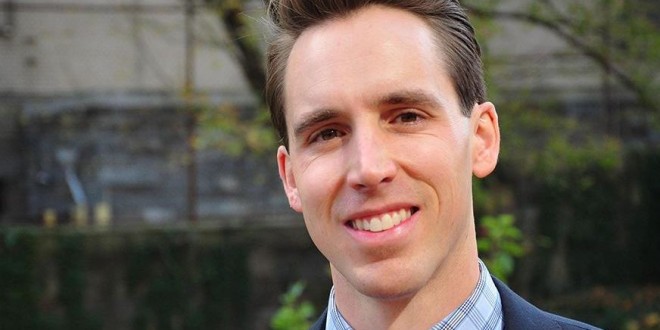 President Donald Trump faced criticism from former military personnel and veterans’ groups when he said he wanted a military parade, complete with tanks, through the streets of Washington, D.C. But he’s gained some support here in Missouri.

On Monday morning, Missouri Attorney General Josh Hawley tweeted the military parade should roll through the Show Me State. Hawley is widely considered to be the Republican favorite to take on Sen. Claire McCaskill, D-Mo., in the 2018 elections, though rumors of buyer’s remorse have been circulating lately.

Hawley first appeared on JMG in 2015 when he proposed the legalization of anti-LGBT discrimination even though such discrimination is already legal in Missouri because no protections exist in state law.

.@realDonaldTrump, we would love to host the military parade in Missouri. The politicians in D.C. are wrong. Our military and veterans deserve to be honored.

Josh, important work is being done at Fort Leonard Wood and Whiteman AFB. They don’t have time to put it aside for 2 weeks to practice drill and ceremony. You want someone to perform for you, buy a ticket to a play. https://t.co/5wbm9OTSkq

You want to honor military?
1. Sign up. You’re still young enough
2. Rather than wasting money on appeasing Trump’ ego, use the massive cash required for the VA to help injured soldiers.

Or simply: stop trying to use our troops as props for your senate run, you fraud.

If you cared about veterans, like @clairecmc does, you would advocate taking that money and spending it to improve VA care, like she did. https://t.co/K06Bx0DZPG

Previous Satellites Show Warming Is Speeding Sea Rise
Next Omarosa Warns About “Scary” Pence: If He Became President, You’d Be Begging To Have Trump Back