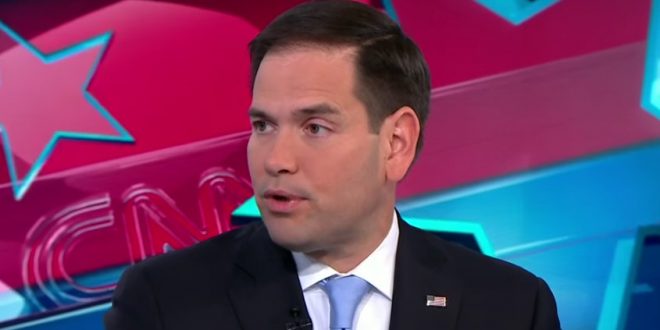 Florida Sen. Marco Rubio (R) on Tuesday lashed out at a “disgusting group of idiots” who made up the claim that students appearing on TV as survivors of last week’s deadly high school shooting were actors.

A staffer for Florida state Rep. Shawn Harrison (R) said that the two high schoolers who survived the tragedy pictured in a Tampa Bay Times story about the students criticizing Rubio and other lawmakers are “not students here but actors that travel to various crisis when they happen.”

Harrison just tweeted that he’s suspended that staffer, but he failed to mention that he also just voted against even discussing any ban on assault weapons. He made that vote as weeping Parkland students looked on from the gallery.

I was just made aware that my aide made an insensitive and inappropriate allegation about Parkland students today. I have spoken to him and placed him on leave until we determine an appropriate course of action. I do not share his opinion and he did so without my knowledge.