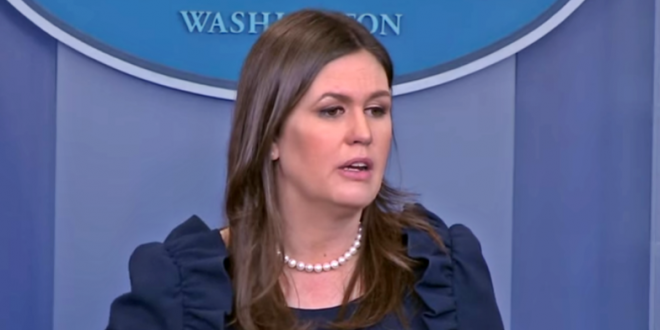 Today should be another Porter-palooza.

The White House will hold a press briefing Tuesday afternoon with press secretary Sarah Sanders. The briefing is scheduled to start at 2 p.m. EST. President Donald Trump warned Tuesday that it’s now or never when it comes to extending protections for young immigrants who have stayed in the country illegally.

Trump, in an early-morning tweet, said Congress must act now to provide legal protections to young “Dreamer” immigrants even as legislation faces an uncertain prospect in Congress. Sen. Tom Cotton, R-Arkansas, one of the lawmakers who introduced a bill based on Trump’s plan, described it as a “best and final offer” and said there’s no room for negotiations.

Previous ISRAEL: Netanyahu To Be Indicted For Bribery
Next CALIFORNIA: Fugitive Pastor Surrenders On Charges He Sexually Assaulted Preteen Girl At Hotel [VIDEO]