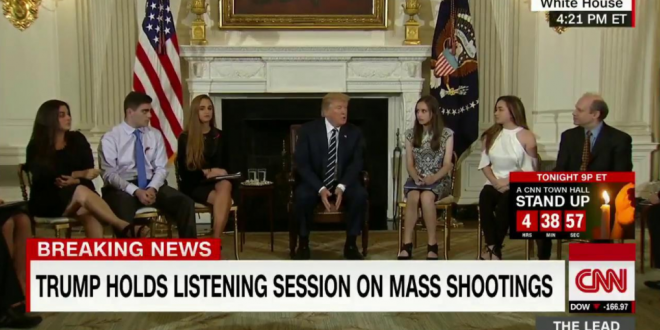 U.S. President Donald Trump, a strong supporter of gun rights, will meet today with parents, students and teachers who have been victims of gun violence, including those affected by last week’s school shooting in Florida.

The White House meeting comes a day after Trump said his administration would take steps to ban bump stocks, an accessory that enables a rifle to shoot hundreds of rounds a minute.

The Republican president, who was endorsed by the National Rifle Association gun lobby during the 2016 presidential campaign, was considering additional firearms restrictions after 17 people were killed in a shooting at a Parkland, Florida, high school.

Mike Pence and Betsy DeVos will also reportedly be there. I’ll bump this post back up to the top around 4PM when things are about to start.