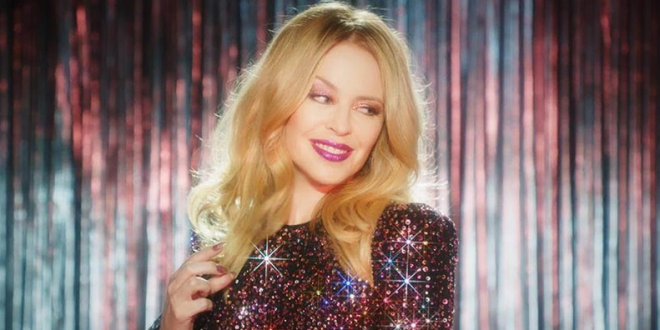 In 2017, NYC Pride evolved Dance on the Pier, a 30+ year institution, into a new multi-day LGBTQ cultural experience named Pride Island. With much excitement, we’re proud to announce the event is back this year featuring live performances by Kylie Minogue, Tove Lo, Lizzo, and Big Freedia from Saturday, June 23 to Sunday, June 24, 2018 at a new location – Pier 97, located in the heart of Hell’s Kitchen.

Swedish pop star, Tove Lo, headlines the first day of Pride Island on Saturday. Tove Lo’s effortless steering between the worlds of love and sex on her second album Lady Wood, is sure to put fans on an emotional vibe. With hits spanning the Billboard charts like, “True Disaster,” “Talking Body,” and “Habits (Stay High),” Lo’s raw and honest musical style brings fans on a journey.

Known as the “Queen of Bounce,” Big Freedia is a staple in New Orleans’ energetic style. Commonly recognized as one of the infectious voices on Beyoncé’s infamous 2015 single, “Formation,” Freedia is sure to get those bodies moving. DJ Dawson will spin the best mixes in house music while Big Freedia takes spectators south to the “Big Easy.” Also, not to be missed is a performance by winner of season nine of Ru Paul’s Drag Race, Sasha Velour.

On Sunday, pop superstar, Kylie Minogue, takes center stage on the closing night of Pride Island. Known as the “Goddess of Pop,” Minogue’s extensive discography includes “Spinning Around,” “Can’t Get You Out Of My Head,” and “All The Lovers,” to name a few of her hits. Minogue’s infectious dance-pop lyrics make her world tours wildly successful. Her highly anticipated fourteenth studio album, Golden, will be released on April 6. “Dancing,” the critically acclaimed lead single, is a welcoming addition to Minogue’s enthralling catalogue. Additionally, Grind, Ralphi Rosario, and Corey Craig will DJ live on the last day of Pride Island. We are excited to expand the hours of Pride Island on Sunday with a closing time now of 11pm.

Tickets go on sale on Thursday.