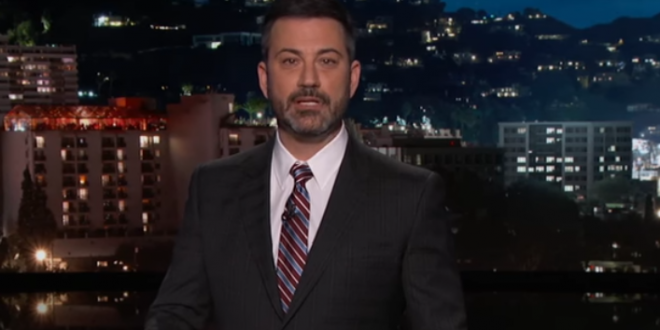 Kimmel Blasts Trump And “Allegedly Christian” Pols: If You Don’t Do Something, You’re Mentally Ill [VIDEO]

“You’ve done worse than nothing. You say this is a mental health issue, but one of your first acts as president, Mr. Trump, was to rollback the regulations that were designed to keep firearms out of the hands of the mentally ill. You did that. Your party voted to repeal the mandates on coverage for mental health. I agree this is a mental illness issue. Because if you don’t think we need to do something about it, you’re obviously mentally ill.” – Jimmy Kimmel, in last night’s tearful monologue.

Previous Scarborough: Trump Is A Coward On Guns [VIDEO]
Next Scott Pruitt: I’m Forced To Fly First Class Because Once Someone Said Something Rotten To Me At The Airport