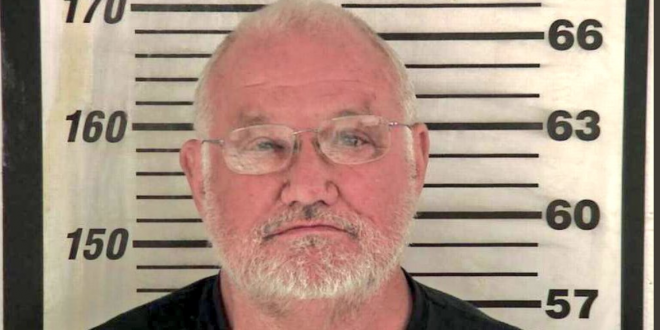 Former Judge Tim Nolan on Friday agreed to spend 20 years in prison for human trafficking. He used drugs, threats of arrest and threats of eviction to force women and girls under the age of 18 into sex acts, according to the charges read in court by Judge Kathleen Lape.

Nolan pleaded guilty to 21 counts dating back to 2004. In addition to human trafficking and attempted human trafficking, the charges included giving drugs and alcohol to minors. Under the plea agreement, Nolan will serve 20 years in prison and pay a $100,000 fine. The judge will sentence him on March 29.

The case has shocked the region. Nolan served as a district judge in the late 1970s and early 1980s and had become a well-known political figure. He campaigned locally for President Donald Trump, was vocal on many conservative/tea party issues, and was elected to the Campbell County School Board in 2016.

The 71-year-old Nolan was quiet through the sentencing phase of the trial, the report noted, thanking his attorneys and the judge as well as a doctor who he said: “made me realize things.”

As Nolan pleaded guilty to the various charges, the court offered some short details of many of the instances of abuse. In some cases, Nolan paid painkillers and heroin in exchange for sex. At least one victim lived on Nolan’s property, and he used threats of eviction to get the victim to perform sex acts on him.

A local GOP official has denied that Nolan was the official Trump campaign chair for Kentucky’s Campbell County, describing him merely as an “enthusiastic volunteer.”

JUST IN: Trump campaign chair in KY pleads guilty to sex trafficking of minors: 21 counts against 19 victims, to get 20 yrs in prison, “felony trafficking of a minor, felony inducing a minor to engage in sex, and a third count of giving alcohol to a minor”https://t.co/jlM9QpCzMS pic.twitter.com/1scCWud33F

Tim Nolan was once riding high as a top-ranking judge and @RealDonaldTrump’s campaign manager in Kentucky, but now he is headed to prison for the next 20 years after being convicted on several counts of child sex trafficking. https://t.co/FjBDpCyQ2C #MeetTheDeplorables