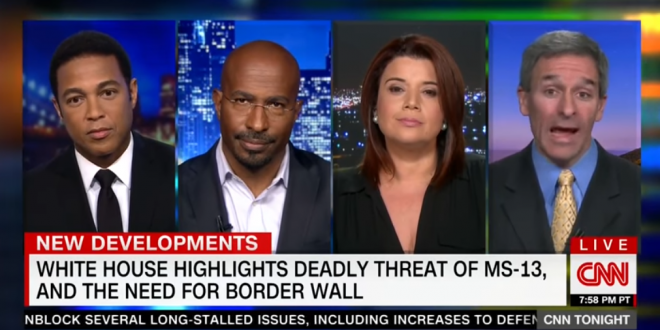 Ken Cuccinelli To Ana Navarro During DACA Debate: I’m Sick Of Hearing Your Shrill Voice In My Ears [VIDEO]

“We’ve defamed General Kelly here in this segment. He started off by saying ‘Maybe some people might have been afraid to sign up for DACA. Other people might have been lazy.’ And both of those are true,” said Cuccinelli, referring to White House chief of staff John Kelly and the Deferred Action for Childhood Arrivals (DACA) program. “Who cares? I care that people are breaking the law,” Cuccinelli replied.

“Let me explain to you who cares. Can I answer your damn question about who cares? The people who care are the immigrants who are sick and tired of having this White House attack us and bash us on a daily basis,” Navarro interjected. “I’m sick of hearing your shrill voice in my ears,” Cuccinelli said before motioning with a mocking hand gesture used when someone is rambling.

RELATED: During his time as Virginia Attorney General, Cuccinelli, who opposes virtually all aspects of LGBT civil rights, waged a years-long court battle to re-criminalize sodomy.