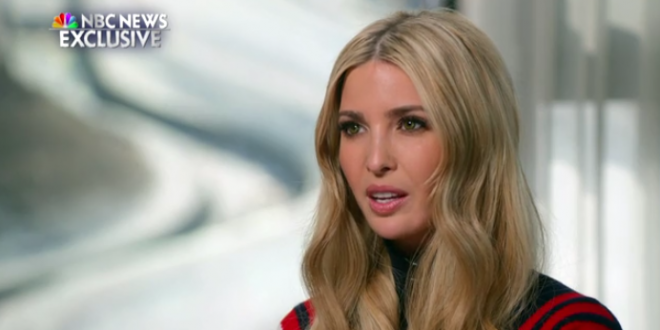 Ivanka: Arming Teachers Is Not A “Bad Idea” [VIDEO]

White House senior adviser Ivanka Trump on Sunday did not fully advocate arming educators — but didn’t break with her father, President Donald Trump, saying it’s “an idea that needs to be discussed.”

“Obviously, there would have to be an incredibly high standard for who would be able to bear arms in our school,” Ivanka Trump said in an interview with NBC News that aired Sunday during her trip to the closing ceremonies at the 2018 Winter Olympics.” But I think that there is no one solution to creating safety.”

Trump didn’t break from her father though, and continued to say that qualified educators who are capable of carrying guns “is not a bad idea.” “I think that having a teacher who is armed, who cares deeply about her students or his students and who is capable and qualified to bear arms is not a bad idea, but it is an idea that needs to be discussed,” she said.