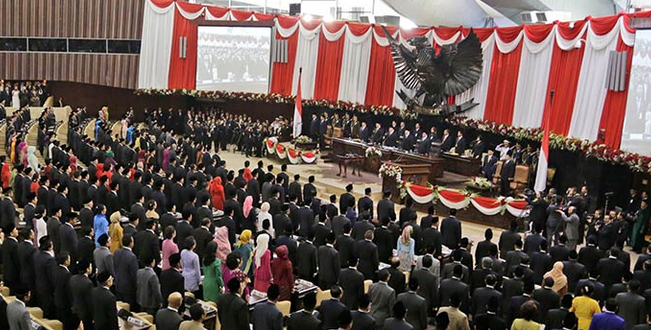 Riding a tsunami of moral conservatism and anti-gay prejudice, Indonesia’s Islamic political parties appear on the cusp of a major victory: outlawing all sex outside marriage.

Revisions to Indonesia’s criminal code being considered by Parliament would allow prison sentences of up to five years for sex between unmarried people. Those changes would also criminalize gay sex, the bugbear of Indonesia’s Islamic and secular political parties.

Conservative groups such as the Family Love Alliance believe Indonesia is being overwhelmed by immoral behavior such as sex between unmarried young couples, and in December nearly succeeding in convincing Indonesia’s Constitutional Court to outlaw gay sex and sex outside marriage.

The Islamic parties’ message is perhaps at its most politically potent when aimed at Indonesia’s besieged LGBT minority, which for the past two years has been the target of an escalating campaign of raids, arrests, hateful rhetoric from government officials and vigilante attacks.

Earlier this week Google bowed to Indonesia’s demand to remove a gay dating app from the local version of its online store. Also this week the ultra-conservative province of Aceh ordered all flight attendants to wear headscarves when they fly into the region or face prosecution by religious police.