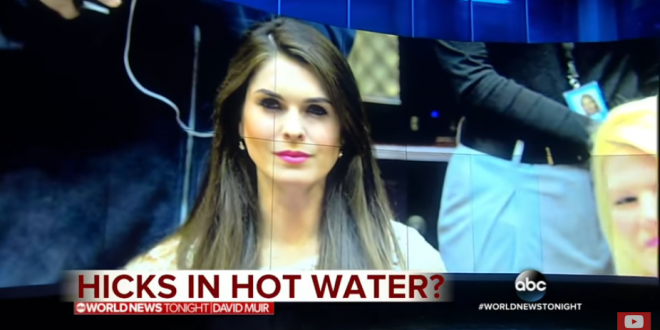 White House communications director Hope Hicks is scheduled to be interviewed privately Tuesday by the House Intelligence Committee, which is investigating Russian interference in the 2016 election, according to two House officials familiar with the matter. Her appearance before the committee is scheduled for 10 a.m., said the officials, who asked for anonymity to discuss the plans.

On Jan. 31, the New York Times reported that a former spokesman for President Donald Trump’s legal team, Mark Corallo, was prepared then to tell Special Counsel Robert Mueller about his concerns about a comment Hicks made during a phone call with him and the president. According to the Times, Corallo said Hicks said during the call that emails written by Donald Trump Jr. about a June, 9, 2016, meeting with Russians at Trump Tower would “never get out.”