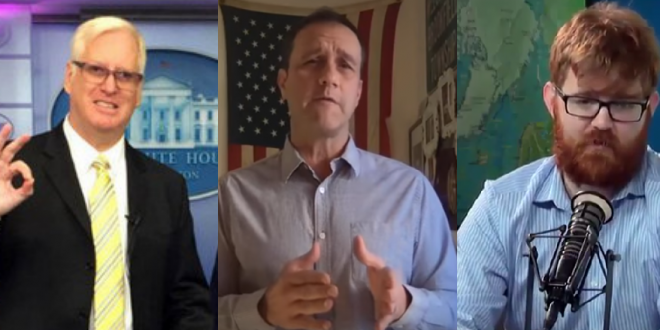 Three disreputable web sites including GotNews.com, FreedomDaily.com and GatewayPundit.com have been named in a federal lawsuit accusing them of defamation for allegedly falsely naming an innocent teenager as the driver who rammed into and killed a counter demonstrator at a white supremacist rally in Charlottesville, Virginia, in August 2017.

Jerome Vangheluwe and his 16-year-old-son Joel had to flee their Michigan home due to death threats resulting from being falsely accused in the 12 August 2017 attack, after they were tagged with charges of “assault, terrorism, conspiracies, murder, and racially charged violence,” according to the lawsuit. Chuck C. Johnson and Jim Hoft, who run GotNews and Gateway Pundit, respectively, are among 20 defendants personally named in the complaint filed on 14 February 2018 in U.S. District Court, Eastern District of Michigan. The lawsuit seeks damages for defamation, emotional distress, and invasion of privacy.

Also named are a number of social media users and Internet personalities who helped spread the false information on their Facebook and Twitter pages, including Paul Nehlen, an anti-Semitic Wisconsin congressional candidate. (Nehlen was banned from Twitter in February 2018 after posting a racist image of the first African-American royal bride-to-be, Meghan Markle.) The lawsuit includes multiple exhibits showing images of the posts.

The lawsuit claims GotNews falsely reported that Jerome’s son Joel was the driver of the Dodge Challenger used to plow into anti-fascist protestors at the “Unite the Right” rally last August in Charlottesville, Va.  In fact, James Fields Jr. of Maumee, Ohio, was the suspect. Fields faces a second-degree murder charge in connection with the attack that killed 32-year-old legal assistant Heather Heyer and injured 19 others.

At the time of the attack on Aug. 12, 2017, the Vangheluwes say they were hosting a family wedding at their home when their social media and email accounts were inundated with messages after GotNews published a story that falsely linked Joel to the attack. “Defendants used the Vangheluwes as political pawns, shifting the blame from alt-right extremists to an innocent 20-year-old boy who never owned or drove the car in question,” the filing states.