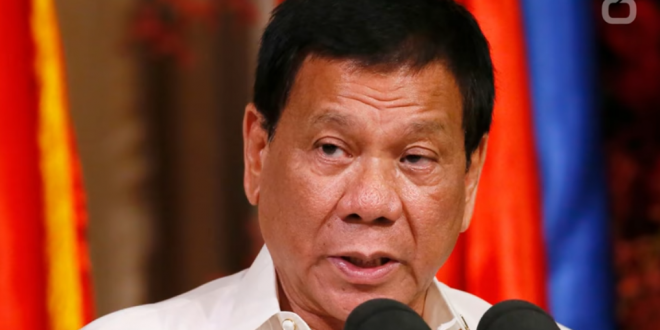 Philippine President Rodrigo Duterte on Friday told the International Criminal Court (ICC) to go ahead and investigate him for crimes against humanity, and said he would prefer to face a firing squad than be jailed.

However, the firebrand leader notorious for his defiance of international pressure questioned whether the ICC had jurisdiction to indict him over the deaths of thousands of Filipinos in his war on drugs. He denied ever giving an order to police to kill drug suspects.

“I welcome you. If you want to find me guilty, go ahead. So be it. Find a country where they kill people with a firing squad and I‘m ready. If you haul me into a rigmarole of trial and trial, no need. Go ahead and proceed in your investigation. Find me guilty, of course. You can do that,” declared Duterte.

About 4,000 mostly urban poor Filipinos have been killed by police in Duterte’s signature campaign that has alarmed the international community. Activists believe the death toll is far higher and accuse police or systematic cover-ups and executions. Police and the government dismiss that.