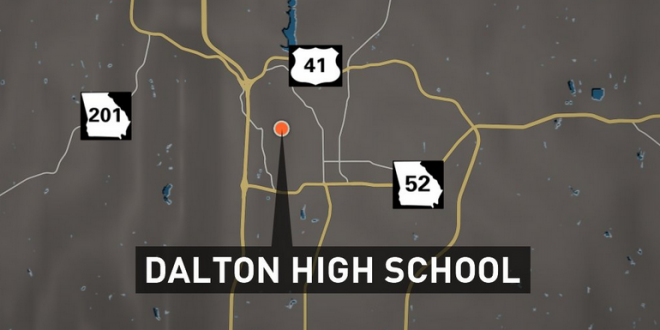 A North Georgia teacher, known as the longtime radio voice of Dalton High School football, is in custody after he fired at least one shot inside a classroom, police said. The incident at Dalton High School, about 91 miles northwest of downtown Atlanta, sent panicked students running through hallways and alarmed parents already on edge in the wake of a mass shooting earlier this month at a Florida high school.

During the evacuation, a female student was hurt, police said. That student is being treated by emergency officials for an ankle injury. After about 30 to 45 minutes, authorities were able to get the teacher to surrender. Parents are urged to stay away from the school. Go to Northwest Georgia Trade and Convention Center in the 2200 block of Dug Gap Battle Road to be reunited with students, police and Dalton Public Schools officials said.

No Op-Ed Piece Necessary on This One: Armed teacher arrested after shooting at Georgia high school https://t.co/TP6MEeulBN

PARENTS DO NOT COME TO DALTON HIGH

There is a barricaded subject in a classroom. It is believed to be a teacher.

Okay, new plan. We need two armed teachers in every classroom so that if one of them goes nuts and starts shooting, we’ve got a second teacher there to put him down pic.twitter.com/uafI2TvT7J