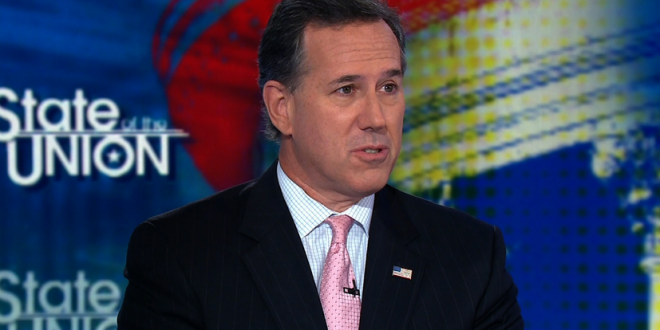 “Gun control is a debate we need to have. Another debate we need to have is something that’s also common in these shootings…the fact that these kids come from broken homes without dads. And that is not something that we’re talking about and that is a commonality. We want to talk about things we can work together on, how about working together to try to see what we can do to try to get more dads involved.” – Rick Santorum, speaking this morning in CNN’s State Of The Union.

Gun control is too hard for Rick Santorum. Much easier to get a father in every home.