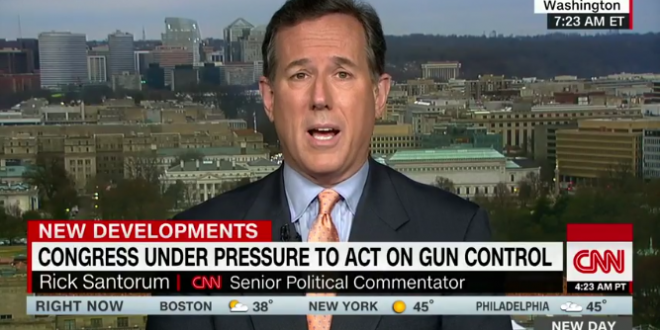 Rick Santorum appeared on CNN’s New Day to face a grilling from Chris Cuomo, after the former Pennsylvania senator argued that mass shooters often “come from broken homes without dads.” Cuomo pressed Santorum on calling for a debate about family instead of gun control in the wake of the massacre at a South Florida high school.

Santorum, who Cuomo noted boasts a lifetime “A” rating from the NRA, said that the “root cause of these problems” are societal factors, including “violence in video games” and “issues in the home.” He pointed to an “epidemic of young men being raised without dads in the home,” to which Cuomo again pressed him on easy gun access in America.