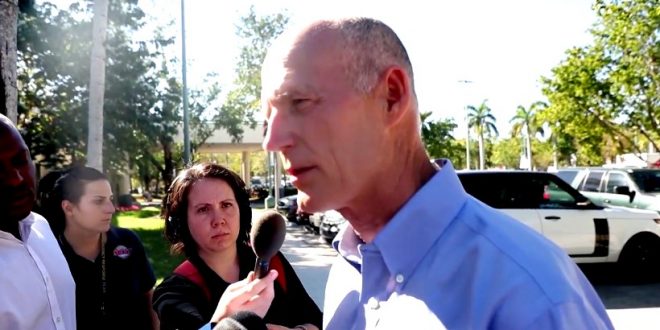 Florida’s Republican Gov. Rick Scott is calling on FBI Director Christopher Wray to resign, after the FBI admitted it received a tip about the suspect in the Parkland shooting as recently as January, but failed to follow through on it.

“The FBI’s failure to take action against this killer is unacceptable,” Scott said. “The FBI has admitted that they were contacted last month by a person who called to inform them of Cruz’s ‘desire to kill people,’ and ‘the potential of him conducting a school shooting.’

“Seventeen innocent people are dead and acknowledging a mistake isn’t going to cut it,” Scott continued. “An apology will never bring these 17 Floridians back to life or comfort the families who are in pain. The families will spend a lifetime wondering how this could happen, and an apology will never give them the answers they desperately need.