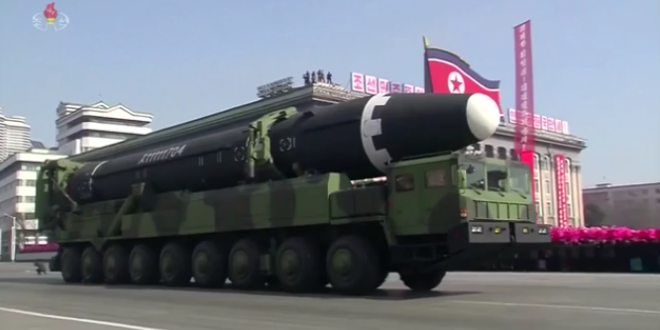 The State Department on Thursday called a recent military parade in North Korea a “dog and pony show,” even amid reports that the Trump administration is planning a military procession of its own. CNN’s Michelle Kosinski tweeted the swipe from a State Department official.

The comment came after media reports surfaced that top Pentagon officials are in the early stages of planning a military parade in Washington, D.C., at President Trump’s behest. The White House confirmed on Tuesday that the president did, in fact, ask military officials to “explore a celebration at which all Americans can show their appreciation.”

Trump has long floated the idea of a grand display of U.S. military might, and was reportedly dazzled by such a parade during a Bastille Day celebration in Paris last year. A parade in North Korea on Thursday featured tanks, soldiers and hundreds of troops marching ahead of the Winter Olympics in Pyeongchang, South Korea, which are set to open on Friday.