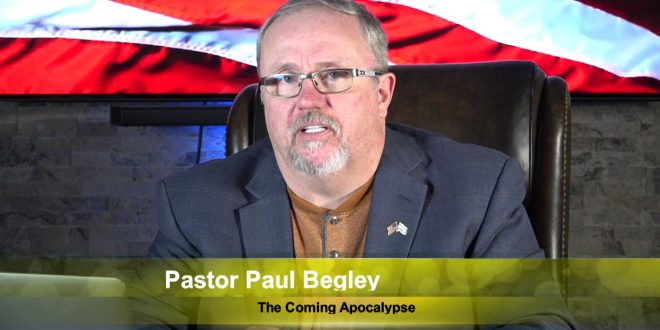 Last week, right-wing pastor Paul Begley, host of the “Coming Apocalypse” program, appeared on Sheila Zilinsky’s “Weekend Vigilante” podcast, where he claimed that First Lady Melania Trump ordered the White House to be “completely exorcised” before she moved in.

“The first lady, in that five hours when the Obamas and the Trumps went down to the Capitol and Trump was being sworn in as the 45th president of the United States,” Begley claimed, “Melania Trump said to her husband, ‘I’m not going to go into that White House unless it has been completely exorcised.’”

Claiming that when the Obamas lived there, the White House was filled with “all kinds of idol gods and images and all kinds of artifacts in there that were demonic,” Begley claimed that “Melania said, ‘You’ve got to get all of that out of there and send in some preachers and priests to go in and cleanse the White House or I will not spend on night in it.’”

According to Begley, when Melania was done removing all of Obama’s tributes to Satan, the only thing left was a “one cross on one wall.” Yep.