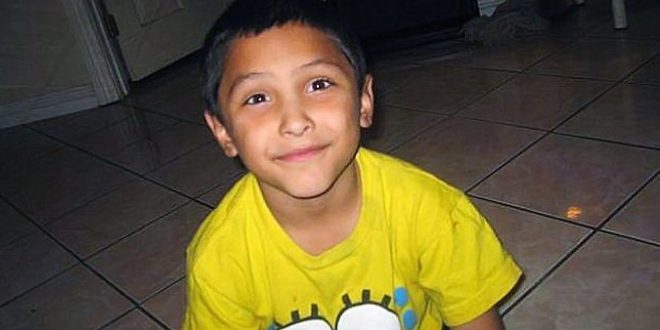 CALIFORNIA: Mother Pleads Guilty In Murder Of Son She Thought Was Gay, Life Sentence Without Parole

A California mom pleaded guilty to torturing to death her 8-year-old son because she thought he was gay. Pearl Sinthia Fernandez, 34, agreed to a plea deal Thursday for first-degree murder in the 2013 death of her son Gabriel Fernandez. The Palmdale mom also confessed to a special circumstance allegation of murder involving torture. Fernandez is set to be sentenced June 7. Under the plea agreement, she is expected to be sentenced to life in prison without the possibility of parole.

Her guilty plea avoided a trial, where prosecutors were expected to seek the death penalty. Fernandez’s defense lawyers had opposed capital punishment, arguing that her low IQ made her ineligible for death row. A judge is scheduled to sentence her June 7 to life in prison without the possibility of parole. Shackled at the waist and wearing a jail-issued smock, Fernandez, 34, spoke in a faint, muted voice on Thursday as she accepted the conditions of the plea agreement.

“You will never be paroled. You will never be released from prison,” Deputy Dist. Atty. Jon Hatami told her. “Do you understand and agree to this?” “Yes,” said Fernandez as her lawyer, Deputy Alternate Public Defender Julia Dixon, comforted her. Prosecutors said Fernandez’s defense lawyers inquired about a guilty plea on Dec. 14, one day after jurors recommended that her boyfriend, Isauro Aguirre, be executed for his role in the boy’s death. After two months of discussions, prosecutors agreed.