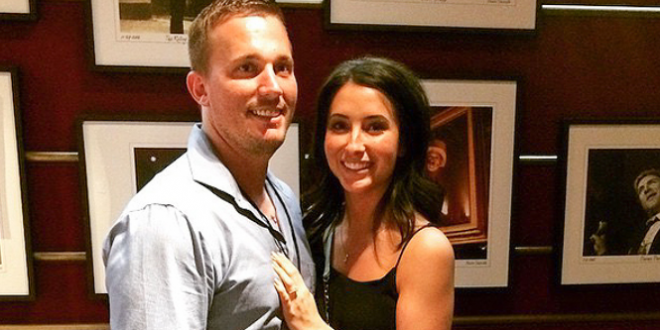 Bristol Palin‘s husband Dakota Meyer has filed for divorce, PEOPLE confirms. The couple married in June 2016 and have two young daughters together, Atlee Bay, 9 months, and Sailor Grace, 2. Palin, the daughter of former Alaska Gov. Sarah Palin, also has a son, Tripp, 9, from a previous relationship.

A source knowledgeable of the situation tells PEOPLE Meyer moved out of their home in Austin, Texas, around Christmas and filed for divorce two weeks ago. Meyer has also blocked Palin on social media. In posts from recent weeks, Meyer, 29, and Palin, 27, are not wearing their wedding rings.

Dakota Meyer was awarded the Medal Of Honor by President Obama. During the 2016 campaign, Hillary Clinton retweeted his demand that Trump issue an apology to the Khan family. No apology ever came.