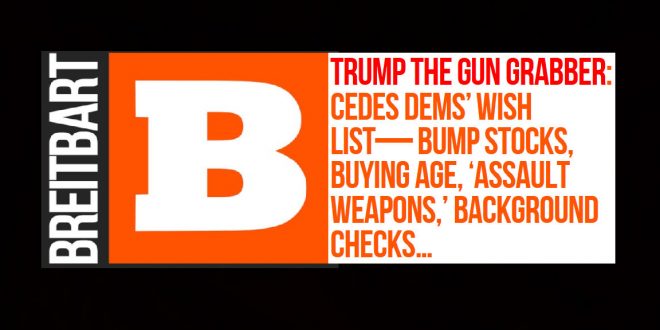 President Donald Trump took on the National Rifle Association (NRA) — and politicians who support it — in a free-wheeling, bipartisan, televised discussion on gun laws with members of Congress at the White House Wednesday. This meeting was different, however, in that the president was not just listening, but driving policy in a particular direction. And that direction — perhaps to the dismay of some of Trump’s core supporters — is toward gun control.

It is possible that Trump simply wanted to be seen as fighting the NRA, while at the same time bringing out the NRA’s arguments — in the mouths of other people. That way, Trump could cast himself as a leader on the issue, without committing to legal changes that would alienate a core part of his base. But conservatives will, no doubt, worry about his apparent concessions to Democrats — and how far they could go.

Previous One Million Moms Vs NBC’s Good Girls
Next Falwell Jr. Blasts “Establishment Coward” Jeff Sessions: He Only Supported Trump To Hide Who He Really Is