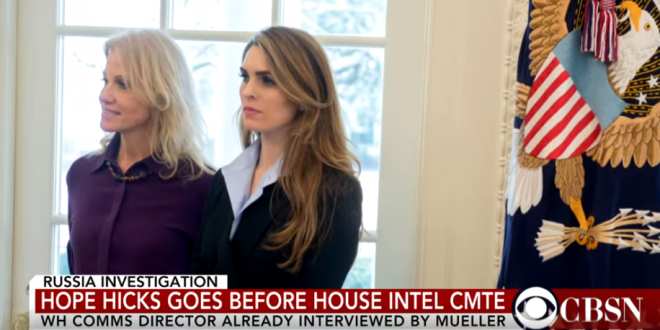 Hope Hicks, the White House communications director and one of President Trump’s longest-serving advisers, said Wednesday that she was resigning.

Ms. Hicks, 29, a former model who joined Mr. Trump’s 2016 presidential campaign without any experience in politics, became known as one of the few aides who understood his personality and style and could challenge the president to change his views.

Ms. Hicks had been considering leaving for several months. She told colleagues that she had accomplished what she felt she could with a job that made her one of the most powerful people in Washington, and that there would never be a perfect moment to leave, according to White House aides.

Her resignation came a day after she testified for eight hours before the House Intelligence Committee, telling the panel that in her job, she had occasionally been required to tell white lies but had never lied about anything connected to the investigation into Russia’s interference in the 2016 election.