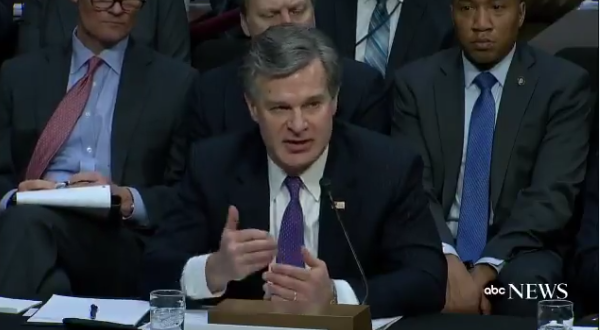 Wray’s comments conflict with the White House assertion that the Federal Bureau of Investigation and intelligence agencies had not completed investigations into Porter.

“I‘m quite confident that in this particular instance, the FBI followed established protocols,” Wray told Senate Intelligence Committee as the White House faces questions over when it learned about the allegations against Porter.

Devastating timeline from Wray on FBI reports to the WH on Porter – partial report in March, final report in July, response to follow up requests in November. The WH knew for almost a year and did nothing.

Wray suggests WH was well aware of Porter allegations after FBI background investigation. Wray said there was a “partial report” in March, completed background check in July. Did follow up in November. Closed the file in January and passed along additional info this month

FBI chief Christopher Wray, under oath, contradicts the White House’s story on Porter. Wray says White House knew of findings for months, as we and others have reported.