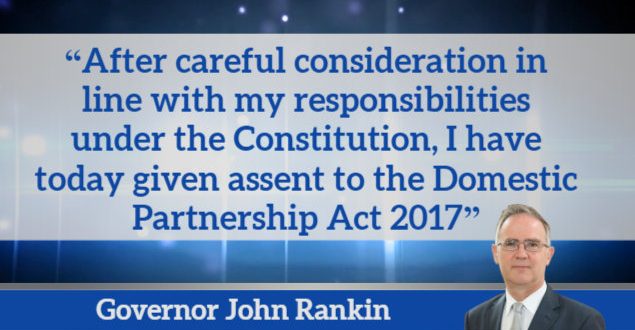 The Domestic Partnerships Act passed in the House of Assembly, and then passed in the Senate and will replace same-sex marriages with a domestic partnership which can be entered into by both same-sex and heterosexual couples.

Once approved in both the House [24-10] and Senate [8-3], the Bill went to the UK-appointed Governor for assent, which is normal procedure and generally seen as a formality, however it was been a topic of speculation in this case since the Bill was passed in December 2017.

Bermuda is one of the 14 British Overseas Territories and is now the second place in the world to repeal same-sex marriage. California was the first. Same-sex marriages conducted overseas and in Bermuda before today will continue to be recognized.

It’s believed that the Bermuda-flagged cruise ships that have been offering at-sea same-sex marriages will now drop that service. When Bermuda’s Parliament voted to repeal last year, official tourism agencies for the island raised loud alarms.

The push to repeal same-sex marriage in Bermuda was aided, unsurprisingly, by US-based Christian hate groups including the Alliance Defending Freedom.