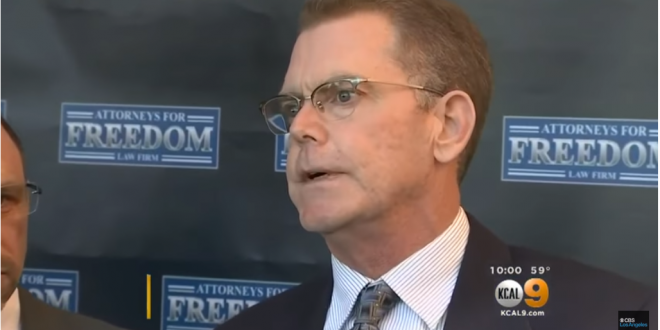 An Arizona man who sold ammunition to the gunman who carried out the deadliest mass shooting in modern U.S. history was charged Friday with manufacturing armor-piercing bullets, according to court documents.

Unfired armor-piercing bullets found inside the Las Vegas hotel room where Stephen Paddock launched the Oct. 1 attack had the fingerprints of ammunition dealer Douglas Haig, according to a criminal complaint filed in federal court in Phoenix. It says Haig didn’t have a license to manufacture armor-piercing ammunition.

Haig has acknowledged selling 720 rounds of tracer ammunition to Paddock in the weeks before the shooting that killed 58 people. Tracer bullets contain a pyrotechnic charge that illuminates the path of fired bullets so shooters can see whether their aim is correct. The criminal charge involves another type of ammunition — armor-piercing bullets.

Previous Devin Nunes Admits To Fox News That He Didn’t Read Documents That Are The Basis Of His Memo [VIDEO]
Next CDC Report: Flu Hospitalizations Reach Record High