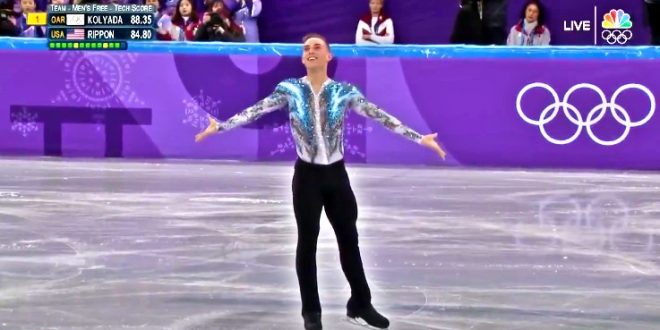 U.S. figure skater Adam Rippon, the openly gay Olympic team bronze medalist who has become one of the best-known names at these Games, has been hired by NBC to work as a correspondent during the remainder of the Olympics, NBC spokesman Greg Hughes told USA TODAY Sports Sunday evening.

Rippon, 28, will work for the network on a variety of platforms, including television, digital and social media, Hughes said.

Always outspoken, Rippon made news in mid-January when he criticized Vice President Pence in a story in USA TODAY. When Pence fired back little more than an hour after the story appeared online, Rippon’s profile was on the rise.