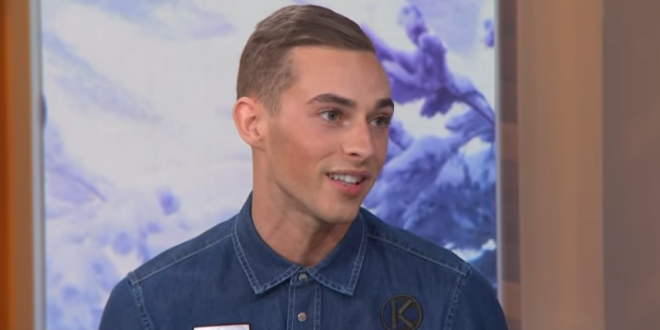 Skating sensation Adam Rippon put himself on a collision course with the White House on Monday after declaring he will snub President Trump’s White House party for Team USA.

The 28-year-old, who won a team bronze medal at his first Olympics on Sunday night, told Daily Mail.com that he would give the traditional gathering a miss in protest against what he sees as homophobia among the country’s leadership.

Speaking exclusively to DailyMail.com the gay athlete, who was trending worldwide as number one on Twitter after his routine, said his decision not to go would be ‘to support my community.’ He added: ‘No. I have no desire to go to the White House. But I would like to do something to help my community.’

Rippon refused to meet Vice-President Mike Pence when he visited the Olympics claiming he supported ‘homosexual conversion therapy.’ The controversy is not likely to go away and is certain to embroil President Trump when he throws his traditional bash for US Olympians.