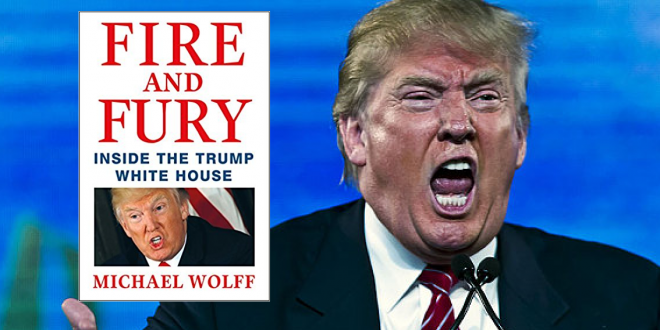 Fire and Fury has become an instant best-seller since it went on sale on Friday, with hard copies sold out in many stores within an hour. Mr Trump has begun legal action against the author, seeking to discredit the book’s allegations against him as fake and disputing Mr Wolff’s claim that he personally interviewed the President before writing the book.

Now, in an unprecedented move, Wikileaks has posted a link on Twitter to a Google Drive document that appears to contain the entire manuscript, although it is unclear whether it is the final version that went to publication.

WikiLeaks has given no explanation for its move. It is unclear whether it was seeking to undermine the book’s sales or simply provide an alternative copy of the book, since it sold out. But it is the second time WikiLeaks has apparently supported the US President.

WikiLeaks claims its mission is to create a free and open society, but its actions consistently benefit authoritarians like Trump and Putin…🤔https://t.co/FQOt2c5Qze

Wikileaks posted the entire text of “Fire and Fury” — which will undermine sales and the “anti-trump economy.” Again acting on Trump’s behalf. https://t.co/1rTjPYdrTn

Not really clear on how undermining the sales of a book critical of Trump is related to Wikileaks stated mission of transparency, but it’s easy to see how it’s part of their unstated but obvious mission of supporting Trump pic.twitter.com/7LuKrcBADz